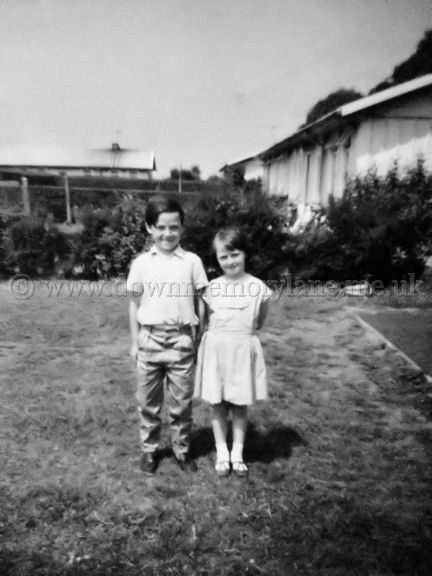 TENNYSON CHILDREN 2723
The year is 1965 a time when summers were summers and the sun shone for weeks as brother and sister, Paddy and Anna Tennyson can verify.
They were having their photograph taken in the front garden of their home which was a prefab which are still going strong today.
It must have been really warm for next door have all their windows open and also television was starting to get popular as you can see by the aerials.
Back then you had only one channel the BBC which stopped transmitting at 6pm and started again at 7pm. This was to allow families to have their meals
in peace and quiet and also they shut down completely around midnight. 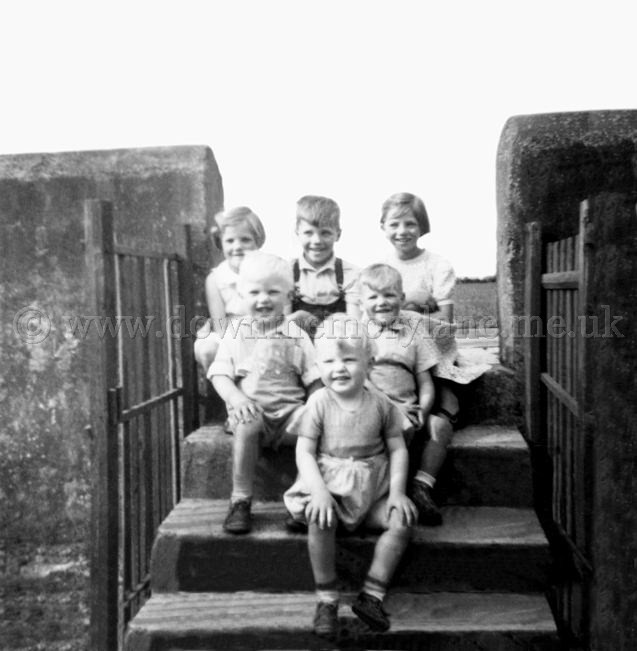 THOMPSON & GILMORE CHILDREN 2801
It's the 1950's and we are near Nutts Corner Crumlin with the Thompson & Gilmore children sitting on the steps.
At the back on the left we have Carol Thompson, Adrian Thompson and Alma Thompson.
In the middle is Sam and Norman Gilmore.
Finally in the front is John Gilmore. 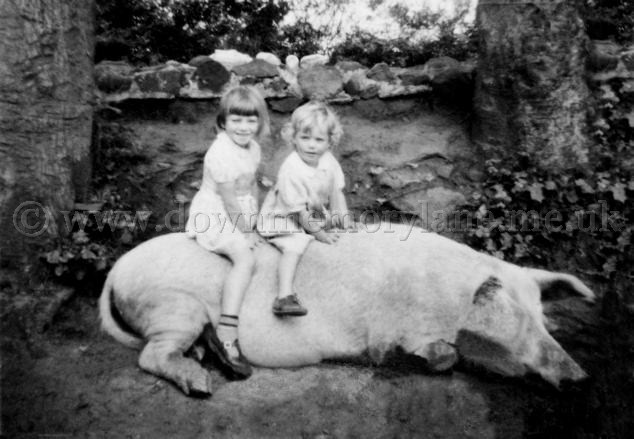 THOMPSON CHILDREN 2802
Sitting astride the pig are Alma and Carol Thompson back in 1951 at Crow Hill Crumlin.
Now the pig was very friendly, it was more like a pet for it used to dander into the house and by the way the pig's name was Rosie !