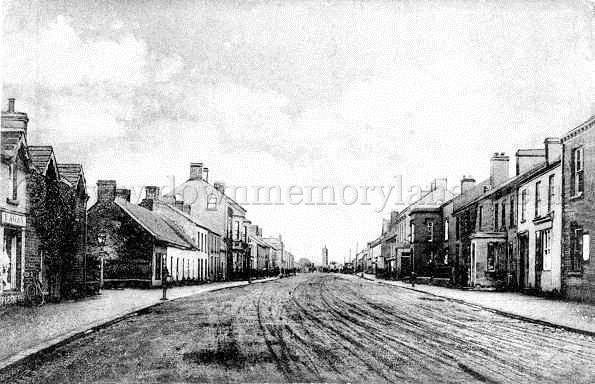 LOWER MAIN STREET 382
This is Lower Main Street in Crumlin in 1924.
The shop to your left with bicycle outside it is Fagan's. Out on the edge of the footpathyou can see a water pump, also they had Gas street lighting. 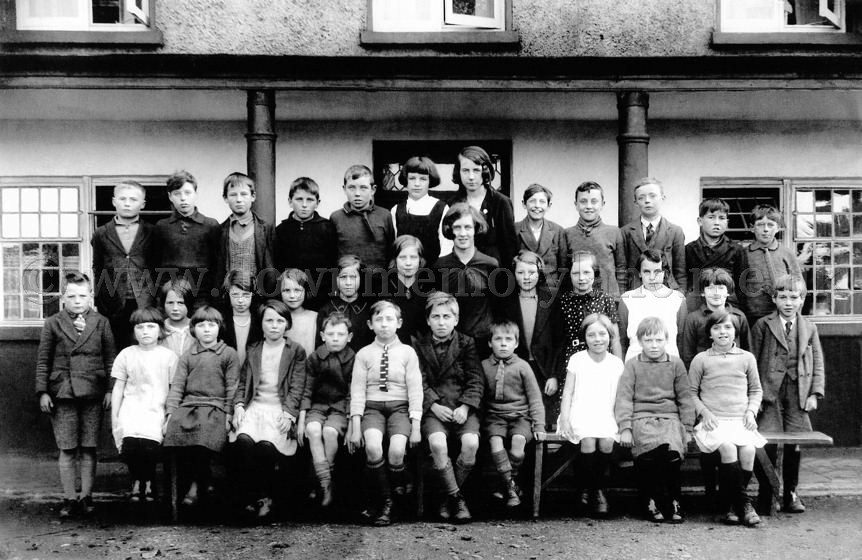 LAUREL VALE PRIMARY SCHOOL 2868
These are the pupils of Laurel Vale Primary School in Crumlin having their annual photograph taken, the year is unknown.
In the back row 2nd from the left is Billy Green, then 3rd from the right is Knox Mackey and the rest of the row are unknown.
The middle row has Unknown, Minnie Christie, Rita Johnston, Lily Christie, Unknown, Unknown, Cissie Curry, Doris Cormican, Unkown, Minnie Costello, Hilda Curry and Unknown.
Seated we have Unknown, Unknown, Kathleen Christie, Stanley Farr and the rest of the row are unknown.
If you know anymore names please let me know. 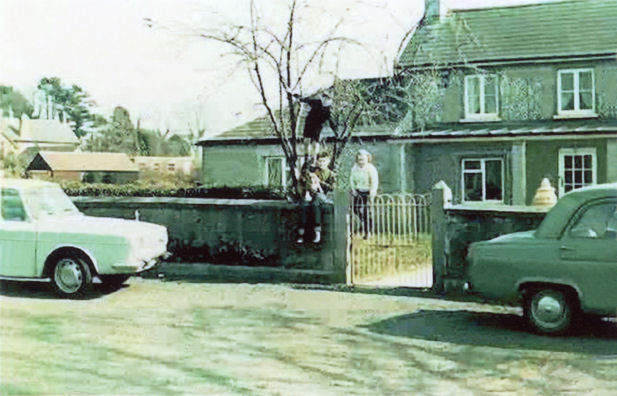 LAUREL VALE SPRING 3772
This is the former Laurel vale School in Crumlin, greatly changed as you can see from above photograph. My father Tom Grant (an air traffic controller at Aldergrove) bought the place in 1967 and we moved there from Belfast. This photograph taken early in 1968 shows the Grant children playing and they are Donald seated with Lassie the corgi on his knee, Donald's sister Heather is on the gate and up the tree is Tom. Sadly a few years later the place was demolished. 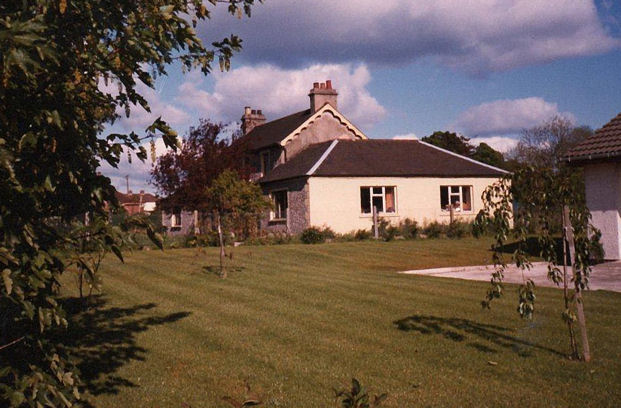 LAUREL VALE SPRING 3771
This is the former Laurel Vale School in Crumlin, greatly changed and been added to back in 1980 and was owned by the Grant Family.

LAUREL VALE SPRING 3773
This is the old Laurel Vale Primary School 1980 now privately owned by the Grant family. The upstairs windows are the same but the downstairs ones including the door have been changed. The two posts are there but pebble-dashed and the dog's name was Major although it was a Female! 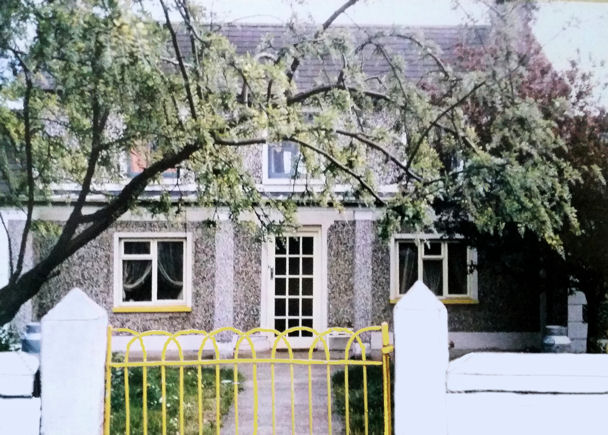 LAUREL VALE SPRING 3774
This is a photograph in 1980 taken face on of the old Laurel Vale Primary School which was privately owned then in 1980. As you can see it has all been pebble-dashed including
the two posts and the bottom windows and door changed and yet years later it was demolished. 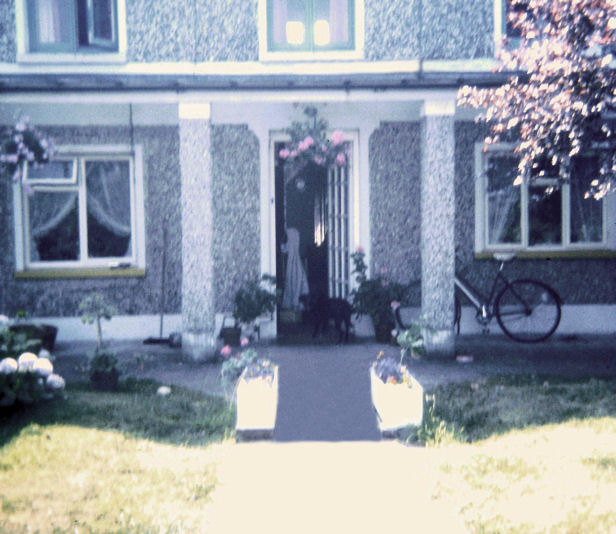