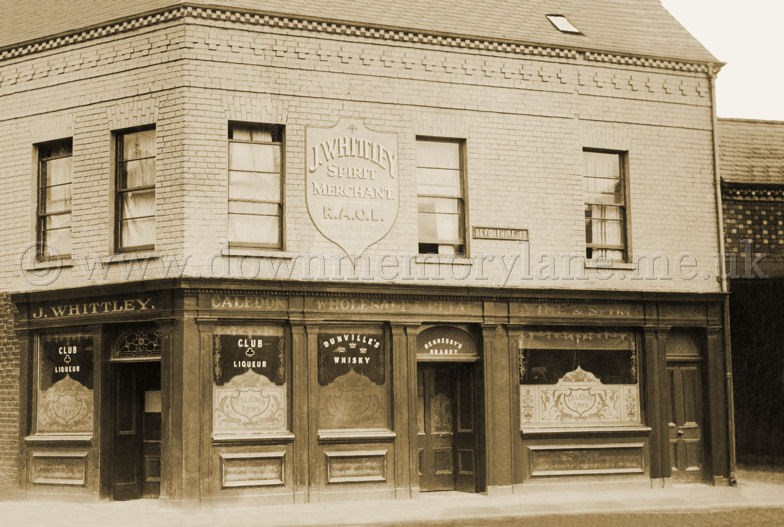 CAN I HAVE IT? 3623
Never have I seen Nancy White who first on the left look so excited, the other two people are relations but unknown, I think she wants the car for herself.
Sadly I do not know the make of the car if you do please let me know. Now just look at the car, a split windscreen, one windscreen wiper on the drivers
side along with a side mirror. In front of the windscreen is cap of some sort for pouring something into the car, at the front of the bonnet is a round object
on a stand. The water temperate gauge so you don't let the car over heat, there were no keys then to start the car at the bottom of the radiator you can see
a handle which you turned quickly to start the car and the spare tyre on the side. The registration tells me the car was built between 1903 and mid 1930's.

J. WHITTLEY PUB 2562
This pub is J. Whittley's from Antrim which was on the corner of the Donegal Road and Devonshire Street in Belfast. 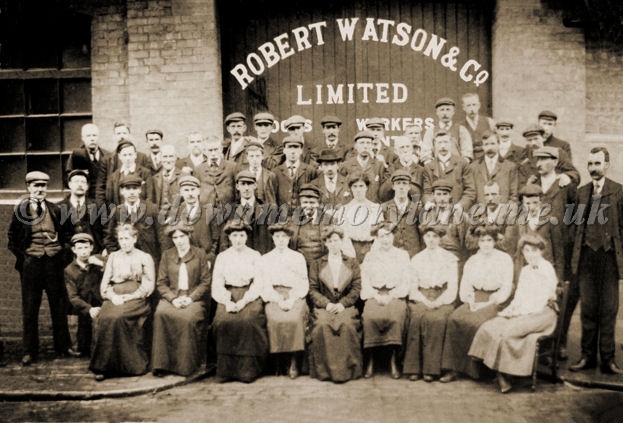 ROBERT WATSON LTD 3364
Standing outside the workers entrance of Robert Watson Ltd; in Belfast in 1905 are the employees having their photograph taken for a special occasion.
The firm made mattresses and the reason for this photograph is the man on the far left of the second row. His name is James Stevenson and he started there as a young lad and now into his sixties he has been presented with a gold watch and chain which he is proudly showing for 50 years of service.
Perhaps the man at the far right of the row could be a Watson or a manager and I would say that the lady in the centre seated would be the manageress. 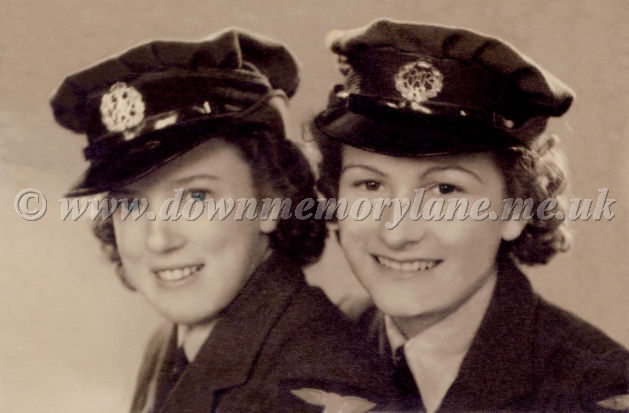 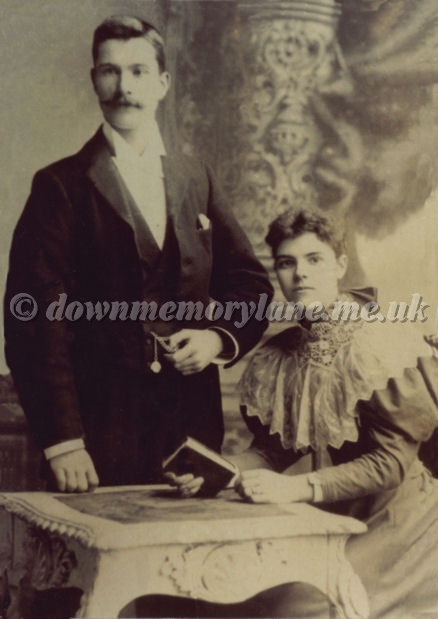 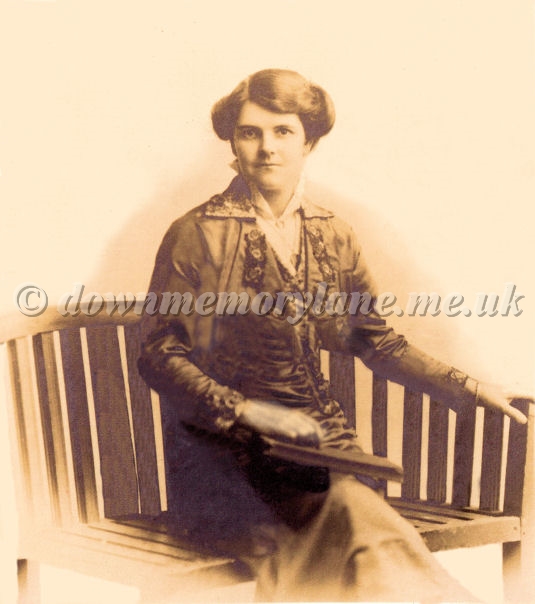 THE WHITES 3136
Here in a studio in Belfast having their photograph taken are are Charles White and his wife Agnes White nee Stevenson and they have two daughters,
Nancy and Peggy White.

WAAFF GIRLS 3438
It's 1940 and these two Belfast girls are doing there bit to help during WWII, they are Annie McLellond and Elizabeth (Betty) Stevenson.
AGNES WHITE 3614
Sitting having her photograph taken in a Belfast studio is Agnes White nee Stevenson, just look at the hand made flowers on her dress. 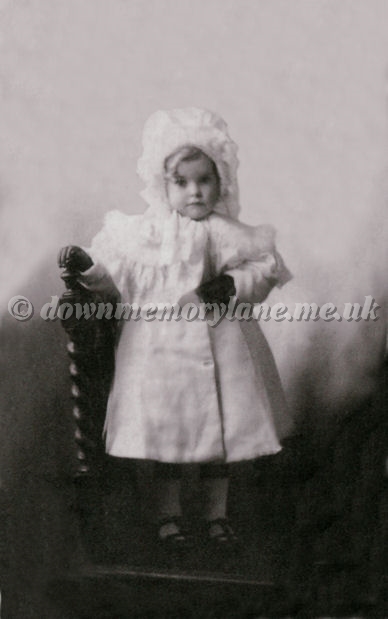 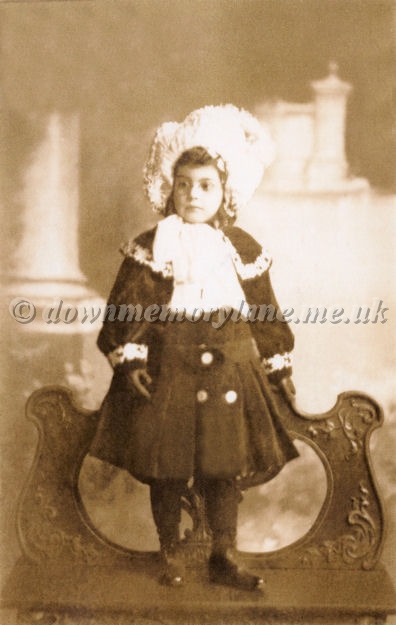 NANCY WHITE 3616
Standing in her lovely white coat and white bonnett with leather gloves white socks and sandals is Peggy White from Belfast. Well Peggy was having her
photograph taken for her Mother and Father back in 1907 and what a good girl she was standing so still.

PEGGY WHITE 3615
This is Peggy Mount standing on a bench having her photograph taken in a Belfast Studio back in 1907. What a lovely dress Peggy has on and just
look at her bonnet, as you can see she is wearing glasses and a deep thoughful look on her face, she went to do great things. 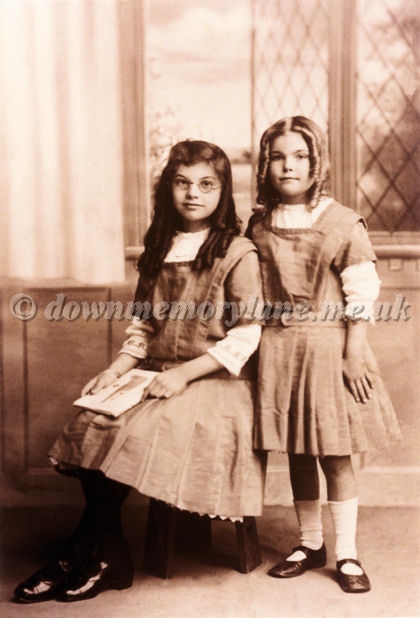 WHITE SISTERS 3617
What a beautiful studio photograph of the White sisters, with Peggy seated and Nancy standing next to her in Belfast.
Dressed nearly the same and the ends of their sleeves enbroiderd and both with lovely ringlets. 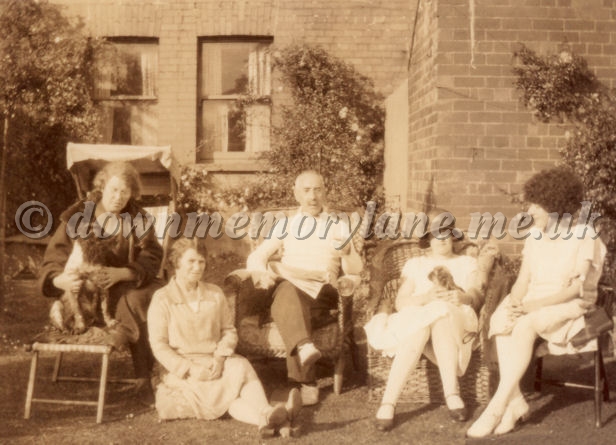 RELAXING IN THE SUN 3619
Here in their back garden enjoying the heat of the sun is Nancy White with her relatives. Nancy by the way is second from the right in the 1920's 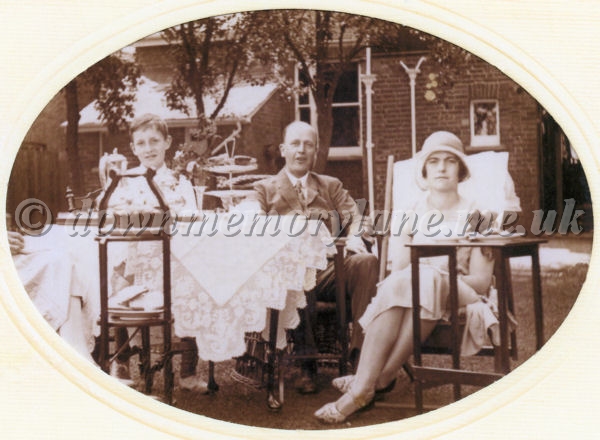 ANYONE FOR TEA? 3620
Now this is the way to have afternoon tea in the back garden in the 1920's. On the right is Nancy White ,next to her is Bill Topham. The small boy is Unknown as is the Lady just out of the camera shot. Just look at the lace tablecloth protected of course by a plain one. On the table remember the plate
cake stand, next to it a small vase of flowers and to the left a large silver teapot. While in front is a large cake stand with a large cake on the top and slicesof something else delicious i am sure. Well as least Nancy won't go hungry with what's on her plate. 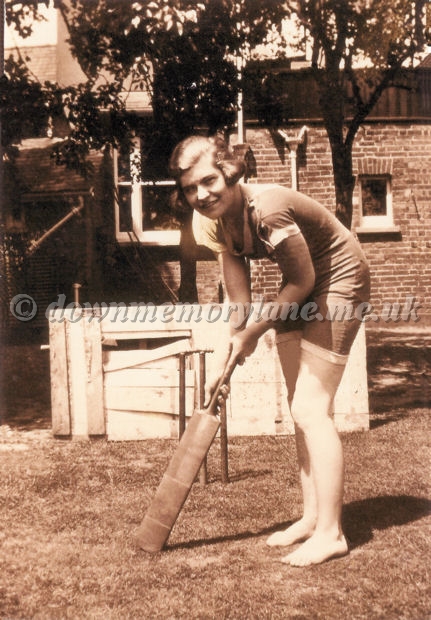 NANCY WHITE 3621
Here is Nancy White playing cricket in the back garden in Belfast, now either it is very hot or there must be a swimming pool nearby for Nancy is in her swimming costume back in 1930. 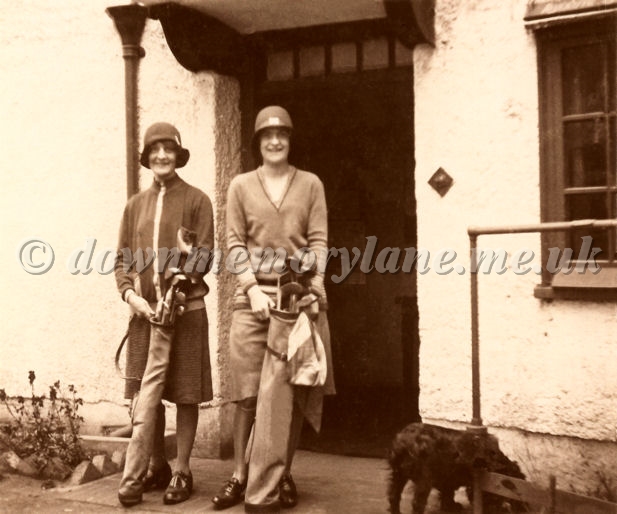 GOLF ANYONE 3622
Standing on the left is Nancy White with a friend outside the front of a Golf Club house in 1930 all set for a game.
Did you know that Women golfers have been hitting the links as early as 1552, the year Mary Queen of Scots commissioned St. Andrews Links, Scotland's famous golf course. Mary Queen of Scots, the first woman golfer, is responsible for the concept of caddies on the golf course. When she played,
French military cadets, or "caddies," assisted her. Mary Queen of Scots helped spread enthusiasm for golf when she introduced the sport to the French when she studied in France. 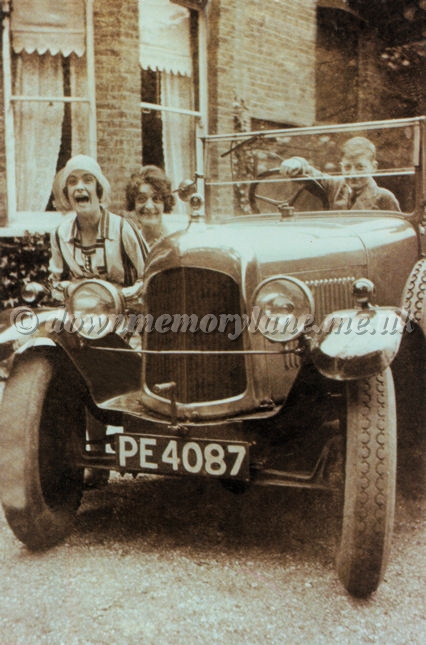 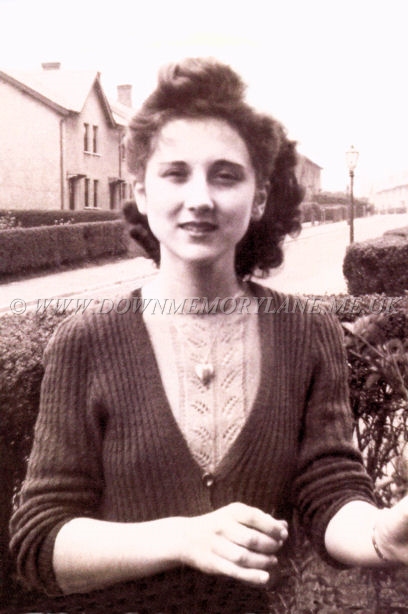 MARIE WILSON 3646
Standing in her garden in the Woodvale, Belfast in 1949 is Marie Wilson (nee) Stevenson. Behind her in the background is a Gas Lamp.