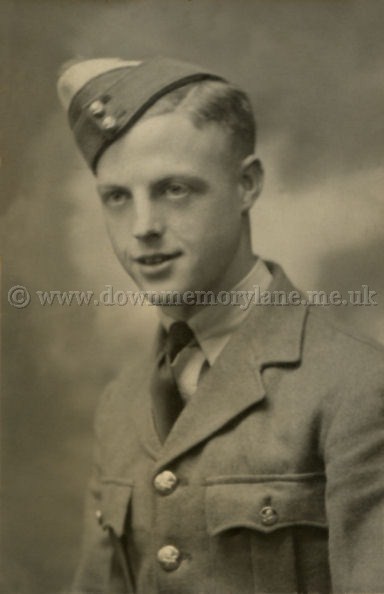 MORRIS JOHNSTON 1932
This photograph was taken September 1941. Ground Crew Cadet in the R.A.F. 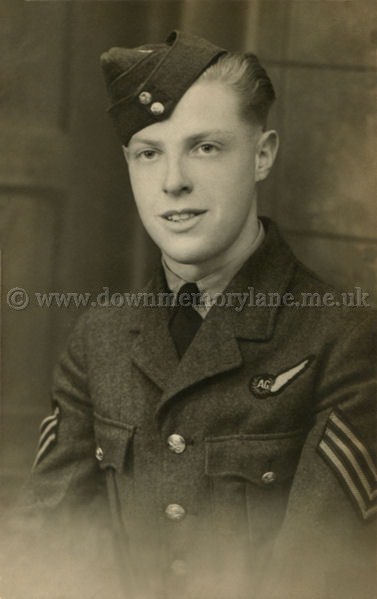 CHRISTOPHER JOHNSTON 1931
This is Chris Johnston in 1940, Chris went on to many more days like the one you will read below, he survived the war and is now living in Belfast.Chris like many other young men in the war was 20 then.
Here below is a day in the life of Chris Johnston during the war years. Without their courage where would we be today?
11 April 1940 was an ideal day for a walk, especially as the sky was blue and the Moray Firth reflected the same blue.
Unfortunately I was a member of a Wellington bomber crew and we were on stand-by for an operation to Norway.
At the time Norway was neutral but we had received information that Germany was to attack and take control of the iron mines in the north of the country.
About lunch time we were told that the operation was definitely on and we would take off in the afternoon to bomb Stavangar airfield (Sola) as the German forces were to occupy it in the near future. At ten past six (18.10) in the evening we took off, six aircraft in the V formation, and headed for Norway.
We were flying at about 50 feet high to keep our intentions secret from the Germans. The flight was wonderful, bright blue sky and a blue sea with the occasional white horse on it. Once the Norwegian coast was spotted we saw first snow covered mountains peaks, then a black rock lined coast with the various greens of the grass and trees stretching inland. From my position in the front turret the countryside was laid out before me and I was intrigued by the colours of the houses red, white, blue and yellow in abundance with doors, windows and roofs being decorated in the same explosion of colours.
After we crossed the coast we had to climb higher and navigate to Stavangar and attack Sola. We were immediately detected by anti-aircraft guns, mostly
of the light variety. Crossing Stavangar our lead aircraft was hit and set on fire. It was last seen descending rapidly but the scene of the crash was not observed. The five remaining aircraft attacked the main runway with bombs and machine gun fire ensuring consternation among the German troops who, to our surprise, were already occupying the airfield. Crossing the coast on our way back to base our aircraft was attacked by an ME 109 and damaged quite seriously with the wing suddenly being full of holes. We lost height rapidly. The pilot despite being wounded in the shoulder managed to remain in to remain in control of our aircraft. He was subsequently awarded the Distinguished Flying Medal for outstanding airmanship. We had no navigational instruments as the ME 109 had managed to smash these in the attack so we set course in the approximate direction where we had last seen the rest of the aircraft heading. The remainder of the operation was just a case of waiting to see if we had sufficient fuel to get back home and with luck and superb airmanship reached Kinloss (the airfield in Scotland) around midnight.
On a day like this a walk along the Moray Firth would have been a lot less exciting!