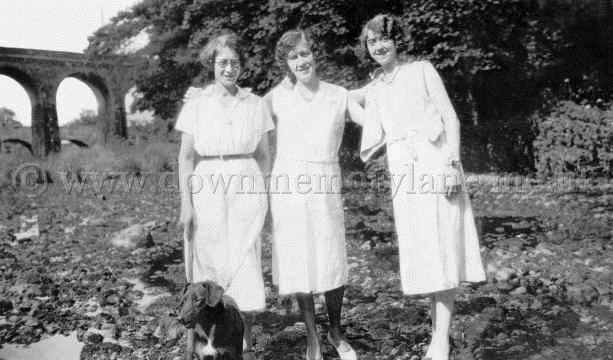 VIADUCT 1178
In the background to the left you can see the Viaduct and beyond that the Randalstown Railway Arches in the 1930's.
The three lovelies are the Wood sisters, Lily Mary and Gracie - Mary later on emigrated to America, You might think that at the time there was a drought because the girls are standing the dry riverbed of the river Maine. Well apparently back then when the Old Bleach Mill needed water for the mill it was
divereted and this scene happened quite reguarly. What I want to know is did they get plenty of warning when the mill stopped using the river water?
By the way the dog's name is unknown. 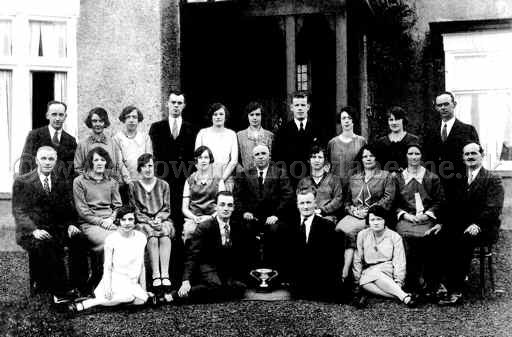 VILLAGE CHOIR 1855
Proudly showing off the cup that they won at Ballymena Musical Festival in 1930 we have the Village Choir from Randalstown.
At the back from the left we have Alex McIlroy (Sen.),Isobel Moore, May Wallace, David Moore, Meg Risk, Joan McCord, Jim Lyons, Daisy Moore, Susie Nimmons and R. Moore.
Seated are Johnnie Nimmons, Minnie Rainey, May Kernohan, Ina Smith, John Kilpatrick, Peg Nimmons, Lizzie White, Mrs Huston and John Givens.
In front are May McIlroy, Tom Hamill, Jim Hume and May Rainey.
Pages: 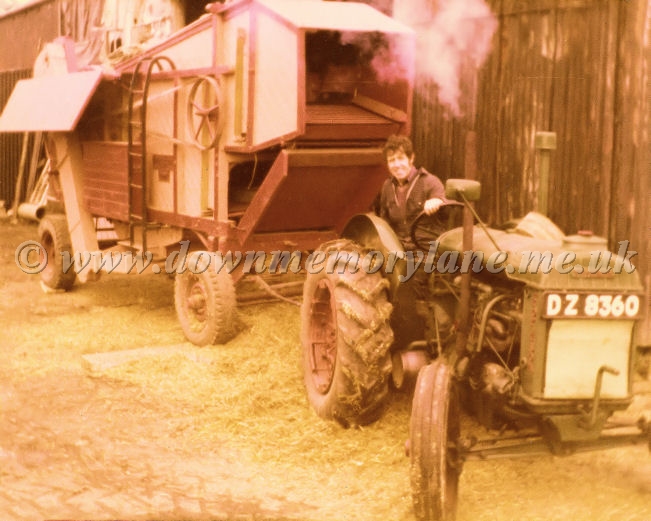 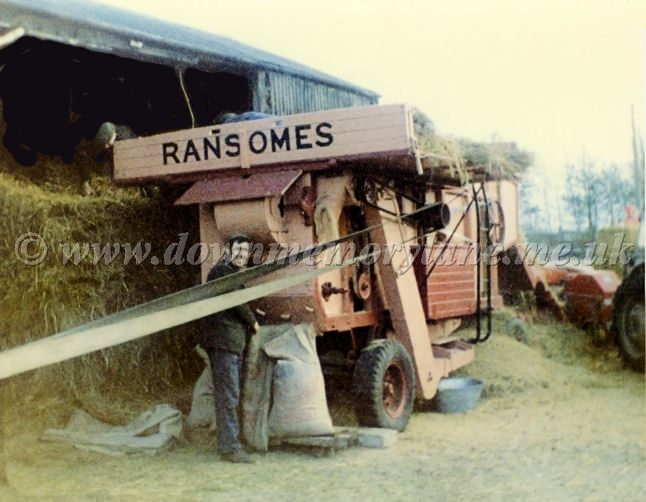 DOWN ON THE FARM 3143
Down on his uncle's farm on the Craigstown Road in the 60's is Vincent McVeigh sitting on the tractor manoeuvring the threshing machine into position.
DOWN ON THE FARM 3144
It's the 1960's and down on the farm on the Craigstown Road Randalstown the work never stops.
Smiling at the camera is Vincent McVeigh helping his uncle who is up above with a friend on top of the thresher.No Health and Safety back then then just good old common sense is needed to avoid the moving parts. 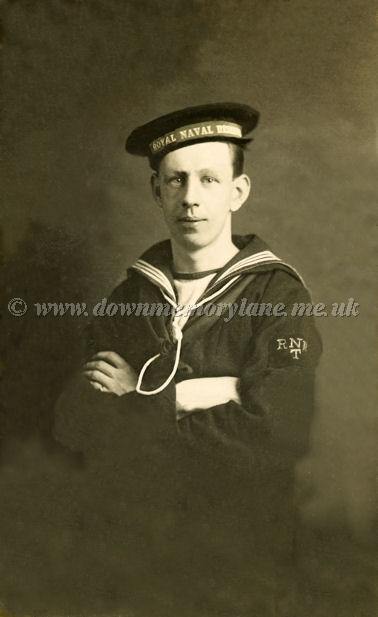 JAMES McVEIGH 3567
In this photograph which was taken at McClerry's Studio in Larne, James McVeigh who at the time was in the Royal Naval Reserves aged 23 the year unknown.
James went on to fight in the First world War and thankfully survived the carnage and came home safely and unharmed. 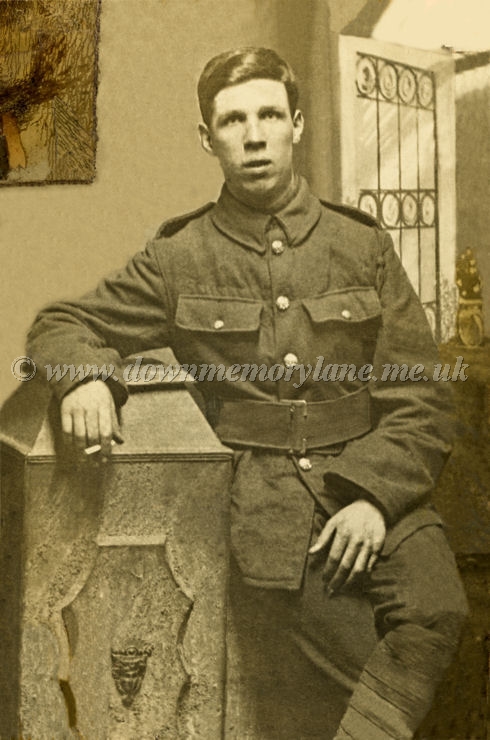 JOHN McVEIGH 3568
Here have John McVeigh having his photograph taken in what looks to be a French studio during the First World War, he was only 21. How long John
was in the Army we do not know, he was only a young and those look that they have already seen the horrors of war, Sadly John Was killed in action, one
of the many million of young mens lives wasted to satisfy the Generals. 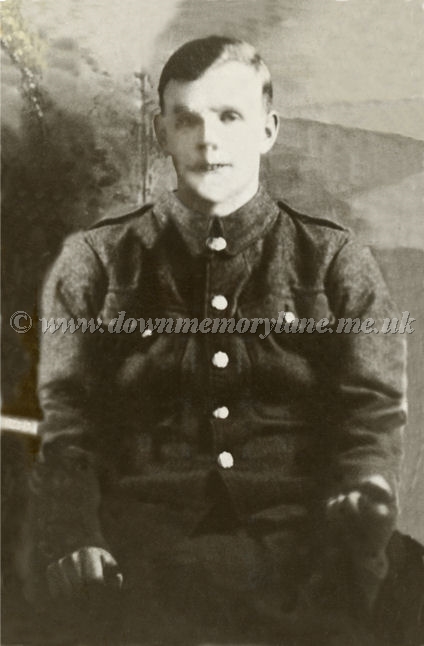 PATRCIK McVEIGH 3569
This is Patrick McVeigh being photoraphed in a studio the last of the brothers and the youngest at the age of 19.
Patrick fought in the First World War but was captured and put in a prisoner of war camp. Sadly Patrick died in the prisoner of war camp.
We do not know if he died from wounds in battle or from one of the dieses that were in the camps such as Typhus and Cholera.

The next three photographs are brothers who fought in the First World War.
Index