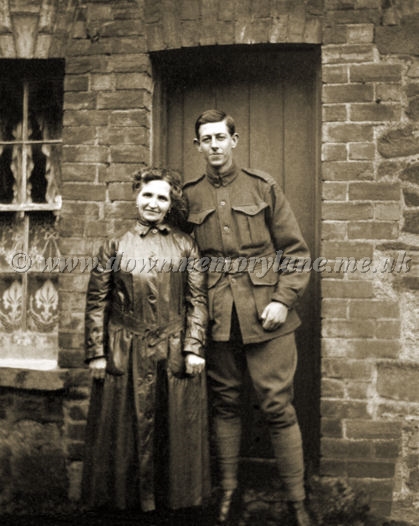 WAR IS OVER 3446
The First World Was is over but it still takes time to bring back all the troops and then demob them. This is why it's May 1919 in this photograph and William Houston McNeice in his Australian Army uniform is still waiting in England to be shipped home to Australia. So William with time on his hands decided to come over to Ballymena to visit his Aunt Agnes Porter nee McNeice and thus the reason for the photograph. Why William is wearing an Australian uniform is that Agnes's brother and Wiliam's father Richard Houston McNeice emigrated to Australia in 1883. Richard and Agnes were two of the twenty children of Henry McNeice and his wife Jane McNeice nee Houston, a number of the children moved to Australia while others went to Amreica.