SCOTLAND 3686
Now here we are in Ayrshire Scotland on holiday and down on the shore looking up at Culzean Castle which is 18th century, it is magnificent inside and you can take a tour round most of the castle, I have been inside on a tour and you will never forget it. General Eisenhower first visited the catle in 1946 and stayed there four times, including once as the President of the United States, in one of the rooms in the bottom section of the circular tower, you can now even stay in what they call the Eisenhower Suite. Since 1987, an illustration of the castle has featured on the reverse side of five pound notes issued by the Royal Bank of Scotland. Below the castle on the shore you can see caves which could have been used by smugglers, The pipes that are coming down are waste pipes which go out to the sea, but now it is fully modernised.
On the back of the postcard was written: To Miss E McCord, Ballyquillan, Aldergrove, Co. Antrim, N.Ireland.
Dear Ena, Having a good time, weather has been lovely. Will see you on Monday Love Mollie.
It was posted at Preswick, Ayrshire at 6.45pm on the 28th Aug 1946. 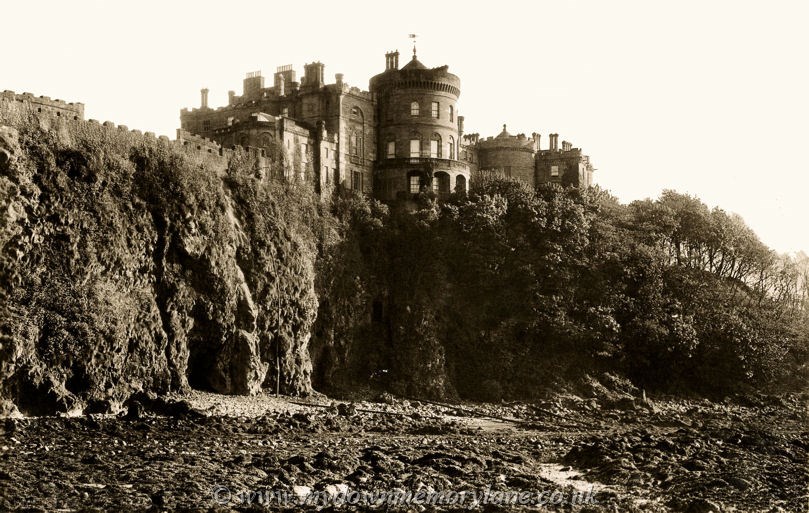