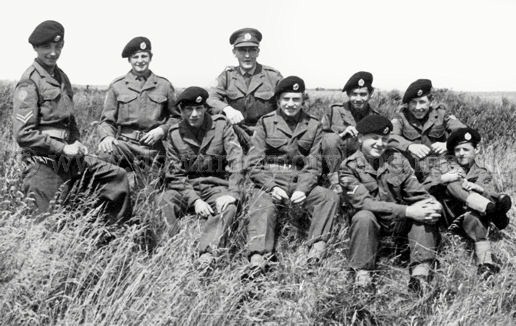 ROYAL ENGINEERS 1712
These fine bunch of lads getting their photograph taken in the fields at their camp in Ramsey, Isle of Man in 1969 are from Antrim.
They are the Antrim A.C.F. Royal Engineers and from the left are Murphy (Cpl), Heath, Millar, Martin (Luet), Trainor (Lcpl), Grant (Lcpl), McAlease (Lcpl), Atcheson and Irvine. 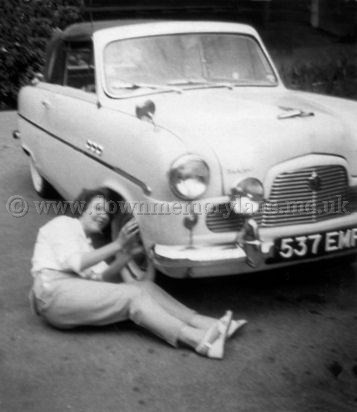 ROADSIDE SERVICE 1899
Doing some roadside service while holidaying in the Isle of Man in 1953 is Margaret Young from Antrim.
Margaret was just checking that her Humber 'run-around' was ok which is a convertable with white wall tyres and spots. 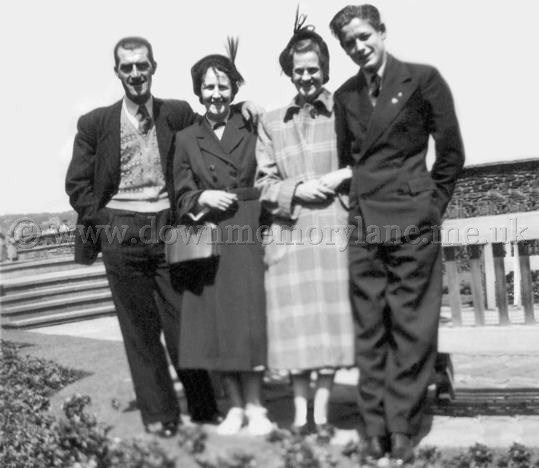 RAMSEY 2201
Here enjoying the summer sun in the gardens in Ramsey on the Isle of Man on holiday from Antrim.
We have from the left Harry & Josie McCleary, then Unknown and Norman Young. 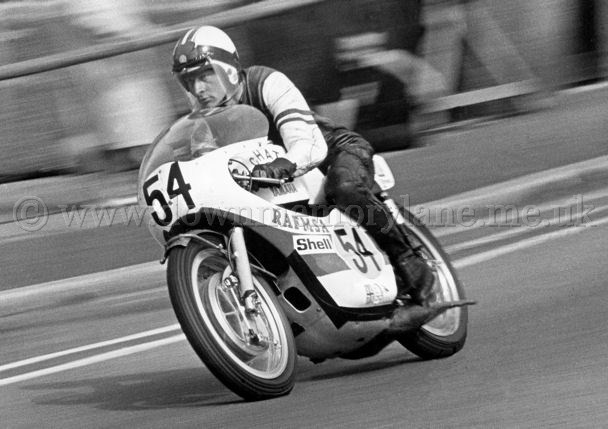 PADDY REID 1824
It's the 1973 in the Isle of Man and this is the 250cc Grand prix.
Out in front and full of concentration is Paddy Reid from the Oldstone Road in Antrim who went on to win the race. 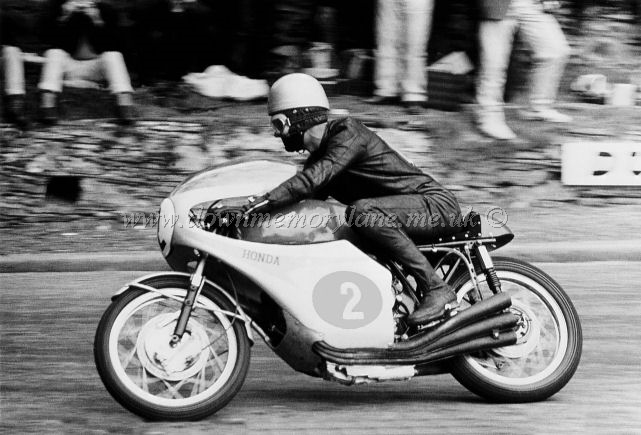 JIM REDMAN 2881
Racing over Governors Bridge in the Isle of Man is Jim Redman riding a 250cc Honda 6 back in 1965.
My thanks to Ed Cunningham now of Ontario, Canada for this photograph. 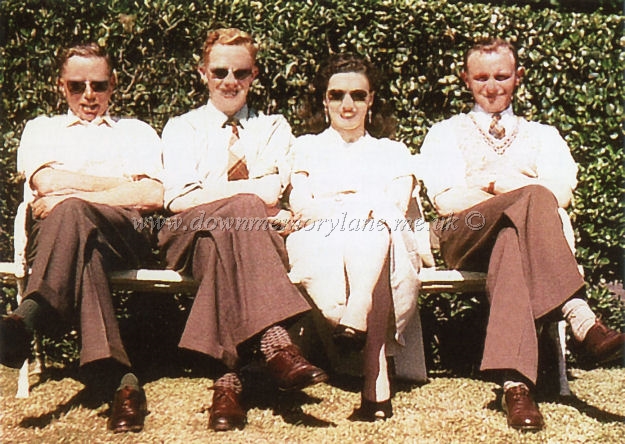 RELAXING 2299
Relaxing in the sunshine and dressed as one should be back in 1957 on the Isle of Man before heading off to the TT races. We have from the left Paddy Lawlor, Norman White, Betty Grey and David Patterson. Norman who now lives in Templepatrick brought with him to the island his motorcycle and used it to transport his friends to different parts of the course during a great week of TT racing.
My thanks to Ed Cunningham now of Ontario, Canada for this photograph.