STANLEY WOODS 2797
It's June 1954 and here in the Isle of Man to watch the TT races is one of Ireland's greatest motorcycle racers, Stanley Woods.
Stanley was born in Dublin in 1903 and by the time he retired to Miverstown in Co. Down in 1974 he hadwon 37 GrandPrix races including 10 Isle of Man TT's and 8 Ulster Grand Prix's.
In addition to road racing Stanley completed in Trials, Grass Track, Sand Racing, Speedwall, Ice Racing, Scrambles and hill climbs.
My thanks to Ed Cunningham now of Ontario, Canada for this photograph. 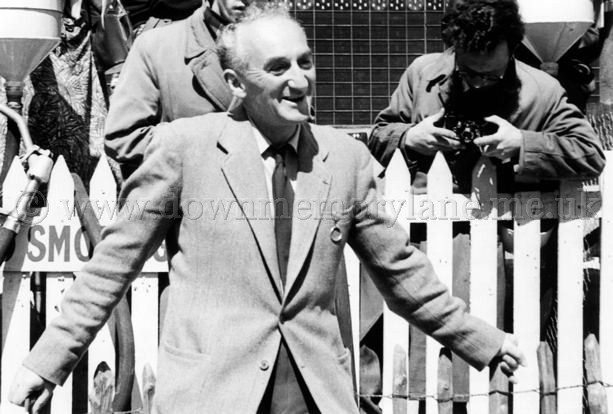 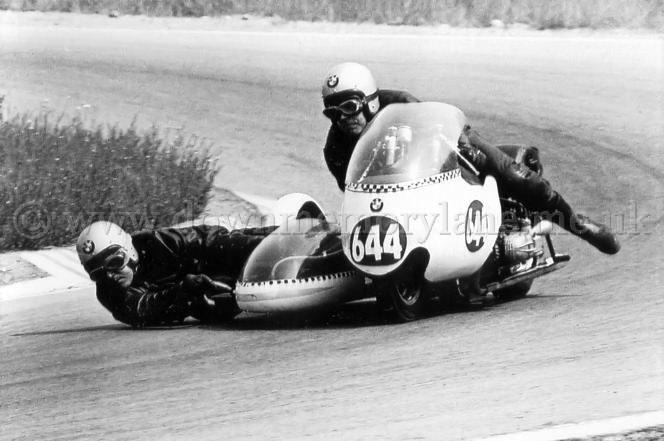 HUGO WOLTERS 2968
Here at the Isle of Man Hugo Wolters and Henry Baumgartel show their skills at sidecar racing on their 500cc BMW.
My thanks to Ed Cunningham now of Ontario, Canada for this photograph.