BOYNE RAILWAY VIACUCT 3764
Here we are just outside Drogheda looking down on the massive Boyne Railway viaduct that spans the river Boyne. Now that chimney that you see billowing out smoke is not a train, but chimney from a Linen mill and if you look through some of the arches on the right you can see the Linen laid out in long strips in the fields for the sun to bleach and dry it out. While in the large field lying down enjoying the sun are two cows, behind the field are two thatched cottages one with the washing hanging out to dry and then house with a slated roof. 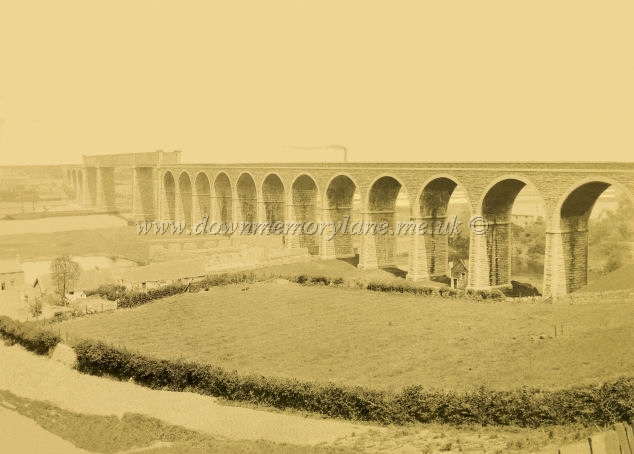 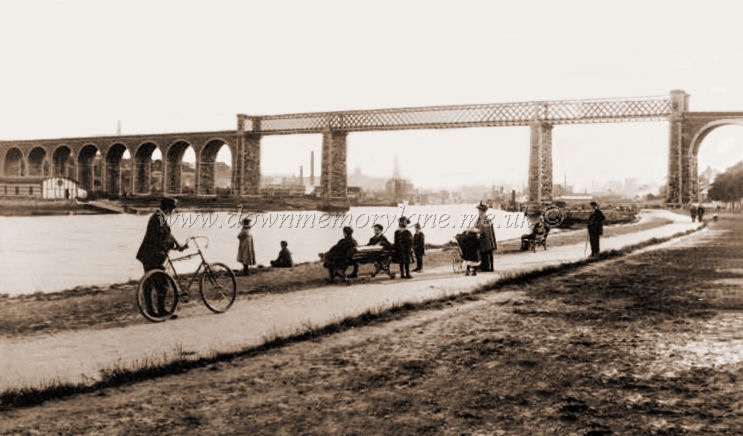 BOYNE RAILWAY VIACUCT 3765
In this photograph taken in the early 1900's shows a very imposing Boyne Railway Viaduct and in the background is the town of Drogheda and the busy docklands. Now over to the left in front of the viaduct is a long building with a slipway, could that possibly the lifeboat house? Now all the people on the toe path are posing for the cameraman for in those days, the camera took a long exposure and so you had to stand very still and that is why none of the people are blurred. Now the man with the bike has a horn on his bike just below the saddle, also the bike has no mudguards so when it was wet his back would be soaked with the spray coming off the back wheel. The lady out for a walk and one in the pram, when you look at the length of her skirt the bottom of it must have got very dirty.

BOYNE RAILWAY VIACUCT 3766
What an imposing structure the Boyne railway viaduct is as it spans the Boyne river and what skill it must have taken in the building of it. In the distance the new houses all sprouting up while between two of the uprights of the viaduct you can see a piece of the old a thatched cottage. It's just like on the river the old and the new, over to the right you can see the old wooden ship with its tall masts and on the other side of the river is an steel ship and tall chimney which doesn't have to rely on wind to move. In the fore ground is a cyclist with his straw hat on standing still for the photographer. On his right handlebar he has a bell and attached to the bar of the bike is hand pump, his rear tyre is smaller and broader than his front one and also no mudguards so he will have a very wet and dirty back in bad weather. But what strikes me the most is that the bike has no brakes, so probably the back wheel does not have spindle which means when he stops pedalling the back wheel stops too, a dangerous way to stop in an emergency. 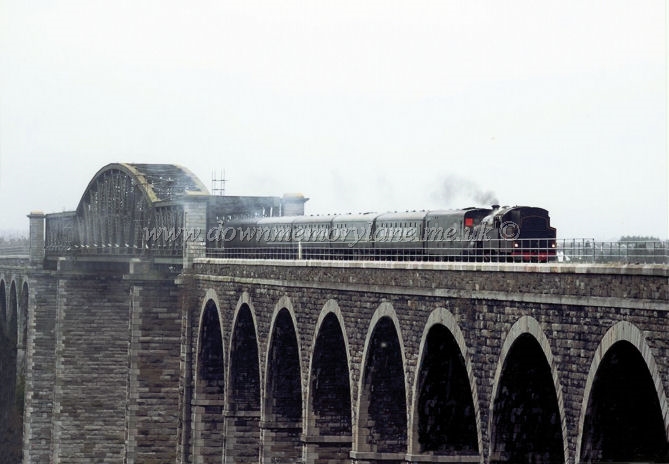 BOYNE RAILWAY VIACUCT 3767
Here is a more modern version of the Boyne Railway Viaduct in that they have changed the centre section which spans the river Boyne.
Although more modern than the others the mode of transport is old for no longer do the proud steam engines run anymore.

BOYNE RAILWAY VIADUCT PLAQUE 3778
This is the plaque that they put up on the Viaduct. 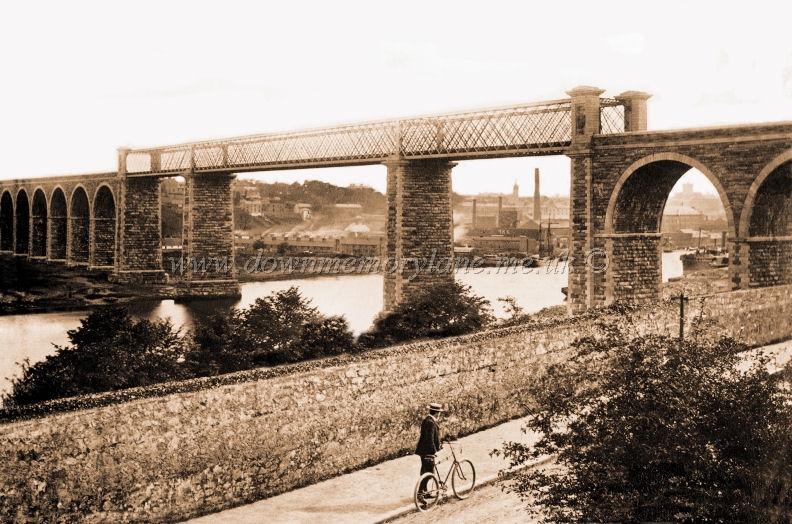