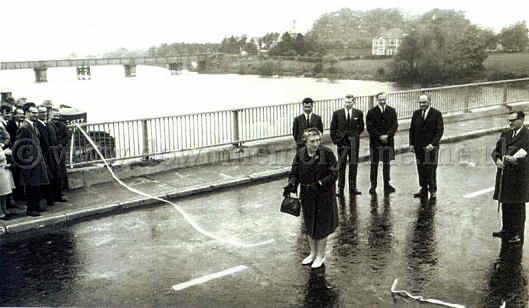 TOOME BRIDGE 261
This is Mrs N. Minford proudly opening the new bridge in 1967 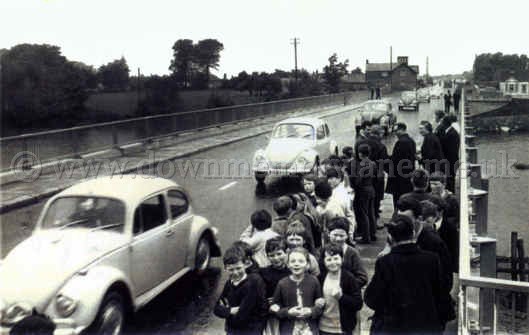 TOOME BRIDGE 262
Here we have twelve Volkswagens going over the bridge after the opening in 1967. 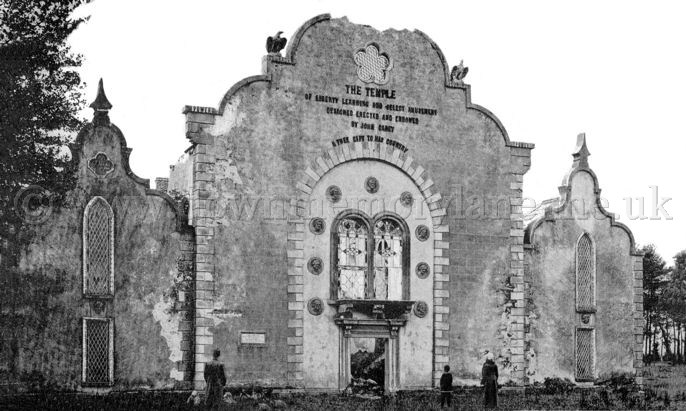 TEMPLE OF LIBERTY 1572
This was the Temple of Liberty at Toomebridge after the fire in 1915.
It was designed, built and endowded by John Carey in 1860. 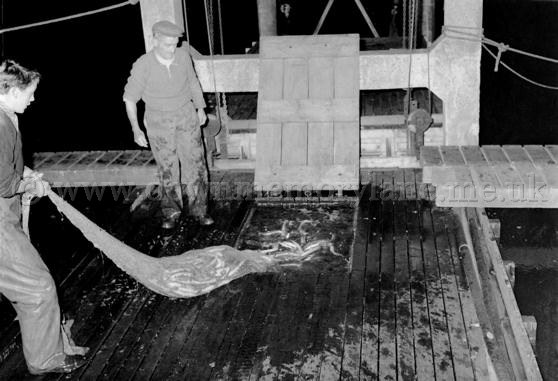 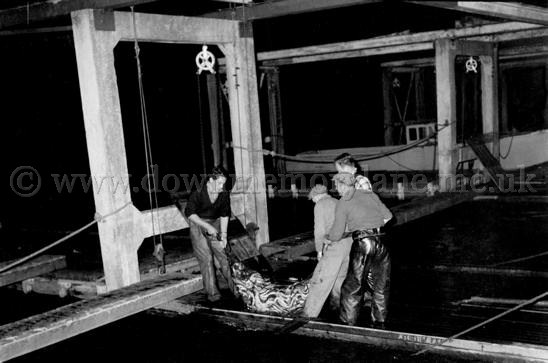 TOOME EEL FISHERY 2305
Holding on tightly to their haul of eels at Toome Eel Fishery in 1962 are Lawerence McQuillan, John Kennedy, Paddy Doyle and Robert McDonald. In the background you can see their boat.
Pages: 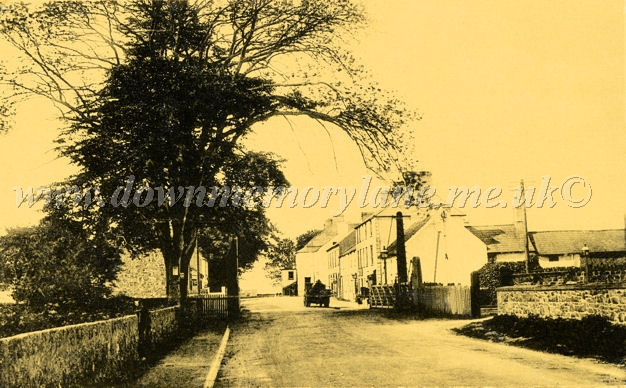 TOOMEBRIDGE 3547
This is the main street in Toomebridge on a lazy morning while on the left side someone is looking over the bridge perhaps looking for the Eels.
Just a bit further on is the railway crossing and next to it is a little girl. The first small thatched cottage could possible be where the man who operates the railway crossing gates.Then you have a few shops and also on the other side to. Now the lorry making it's way up the road has a large tank on the
with small barrels as well, it could be diesel, while up ahead under the slooping roof is a blacksmith working away.
The year is unknown.

TOOMEBRIDGE 3714
This is Main Street in Toomebridge in the early 1900s, must have been summer when you did get hot weather for all the windows are open in the street.
On the left is doorway with two signs either side can anyone say what it was used for? Further down is a man standing in the doorway with his long -tailed shovel leaning against the wall. On down is a shop and another one further down and next to it a house with a thatched roof.
Further on with a man standing in the middle of the road carrying in messages there seems to be a railway crossing, if I'm wrong please let me know.
While coming up the road is a man with a horse and cart and here in the foreground on the right is a lad with a satchel. 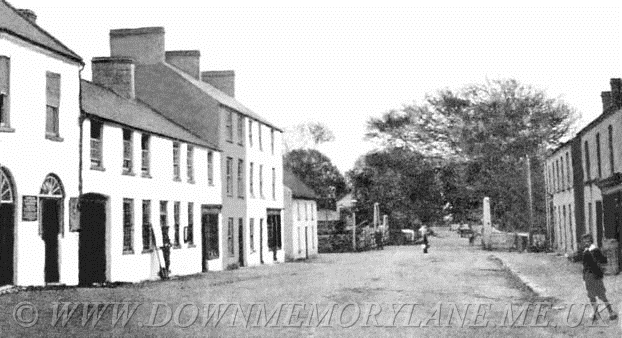