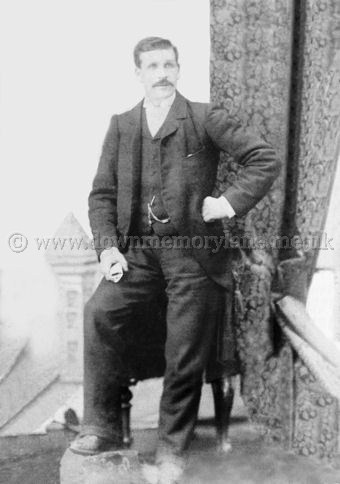 KEENAN FAMILY 1967
This is James B Keenan with some of his family having their photograph taken at a studio in Missouri U.S.A. around 1897.
The reason I have included this photograph is that James was born 22nd November 1858 in Ballymoney. When he was 16 years of age he married a
Scottish lass who was 15 years of age called Annie Murphy from Chapelhall,Scotland and they married in Chapelhall 8th January 1874. They settled there and on the 15th November 1874 their first daughter Catherine was born. In 1878 on the 8th February they had Mary followed by Mabel 1st June 1880. Then Mary Bella entered the world on the 1st May 1881, this was the year they decided to emigrate to America and settled in IL. LaSalle Illinois where Rosean was born 1st May 1884. Three years later on the 19th September 1887 Dorthea came into the world. Next they moved down South to Missouri and another daughter Annie E. was born on the 15 March 1891 and finally their last daughter Christina was born 18th November 1894. Only five of their eight daughters are in this photograph. At the back is Mary then Rosean and Mabel followed by the father James, Annie, the mother Anne and in front the youngest Christina.

CHARLES KEENAN 1965 and 1966
The two photographs above are of Charles Keenan having his photograph taken at different occasions in Belfast in the 1890's after coming from Ballymoney. Charles was born in Ballymoney around 1861 - 1864. He married and had two daughters Mabel and Elizabeth. His daughter Mabel married a Joseph Carr and had two daughters named Minnie and Elizabeth Carr and they wrote poetry. 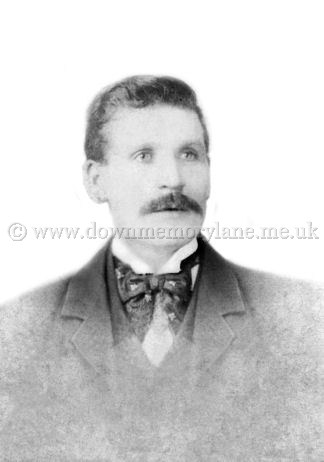 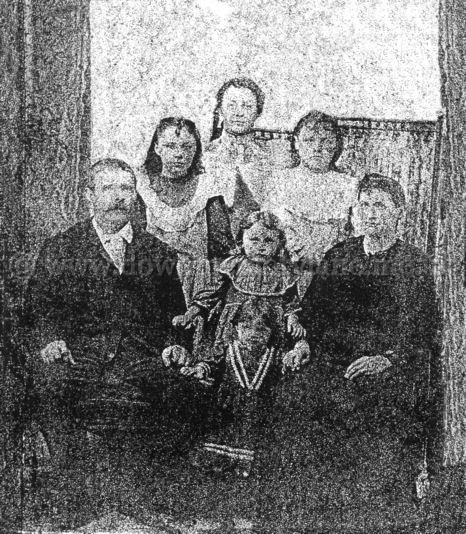