ON THE ROCKS 3581
This is three of seven Stevenson children who always went to Donaghade for six weeks every year for their holidays.
One the left is George who looks too happy with the pouted lips, next to George is Elizabeth but was called Betty a lovely little girl and beside her is Jack Stevenson one of her other brothers. The picture was taken just before the Great Drepression which was in the 1930's till the early 1940's
The boys apparently discovered that if they placed Betty on a rock and hid behind it, passers by would give Betty pennies. 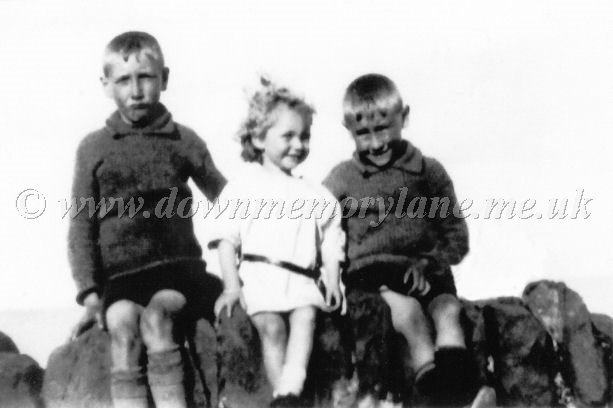